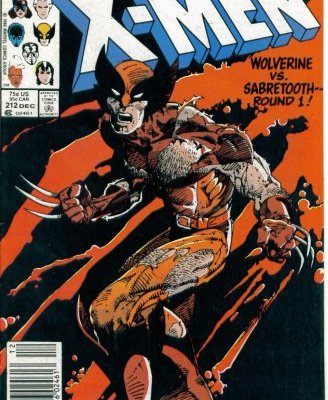 Mutant Massacre tie-in: Wolverine vs. Sabretooth, round 1, in “The Last Run.” Part 3 of 4. It’s Story continued from New Mutants #46 and Power Pack #27. Wolverine vs. Sabretooth: Round 1! Wolverine returns to the Morlock tunnels and finds the mutant healer that may be able to help the wounded back at the Mansion. The only thing standing in his way is the deadly Sabretooth, a mutant killer Logan apparently has a past with.

The Mutant Massacre or the Morlock Massacre was a major crossover, which took place during the summer of 1986. It primarily involved the X-Men and X-Factor, and the New Mutants, Power Pack, Thor, and Daredevil crossed over for a few issues in their own comic books.

The mysterious Marauders attack a mutant named Tommy and her Hellfire Club boyfriend Richard Salmons in Los Angeles for the purpose of following her back to New York and finding the location of the underground mutant community known as the Morlocks. They kill Tommy and hundreds of Morlocks, before the separate arrivals of the X-Men and X-Factor fight the group of murderers and save scores of innocent Morlocks from death. The two teams however do not meet during the battle and suffer crippling losses: X-Factor’s Angel is crucified by the Marauders while Colossus, Shadowcat, and Nightcrawler are all severely wounded as well. X-Factor’s casualties are less due to the arrival of Power Pack and Thor, who help save the horribly wounded Angel and the rest of X-Factor from suffering any additional harm.