At current, our philosophy about endgame content is that part of the challenge includes forming up a team. This is a strong community filled with players who are looking for teammates. Why not seek each other out here and band together?

If I may speak and be very straight forward with you David, the challenge should be placed in game, not forming the group to just play the game. The development teams’ hard work should be reflected in game and not trying to form a team just to play the game.
I just don’t understand this philosophy that pushes matchmaking out of the game and on to peripheral websites, some of which have no affiliation with Destiny whatsoever. It doesn’t make any practical sense. And it is a counter-intuitive statement to say,

This is a strong community filled with players who are looking for teammates. Why not seek each other out here and band together?

yet only provide only the most basic and perfunctory tools to do it with despite being capable of so, so much more.

It counterintuitive because you flaunt data that shows how many people are playing Destiny at any given time. I’m assuming you WANT people to play the game right? Imagine the stats if people did not have to stop, leave the game etc. etc., you get the point.

I would think that your team would take the same approach as Casinos when it comes to retaining as many players as they can for the longest period of time. They employ strategies like not having clocks, floorplans designed like mazes, stimulating sights and sounds and damn near hypnotic music. All those strategies are designed to keep players playing for the longest amount of time possible. Now obviously i’m not advocating trickery or deceit, but your team should have strategies in place that keep people actively playing the game they paid for for the longest period of time.

What if they had a craps table that you could only access once a week or once a day and the only way you could have other people at the table was to go out to the street and round up random people walking by? That casino wouldn’t make it very long. Sure they would have enough players playing the single player games and maybe a few hardcore groups of people who are able to scrape up groups to play the high stakes games…. That strategy will float you for a while. But for how long? Because when they give up…. Man your ship is sunk.

Listen David. I’m just one guy, I can only and will only speak for myself and my experience. My opinion probably doesn’t mean much to you personally, professionally or in your business model. All I know is that my Destiny experience has been severely crippled by lack of matchmaking to the point where I have completely given up on the game until it is optionally implemented on all fronts. (I’m not kidding, you can look at my stats and see I haven’t played the game since January)
I hope you hear what I’m saying and take it as constructive criticism for the lack of optional matchmaking.

That’s all I can really hope for. 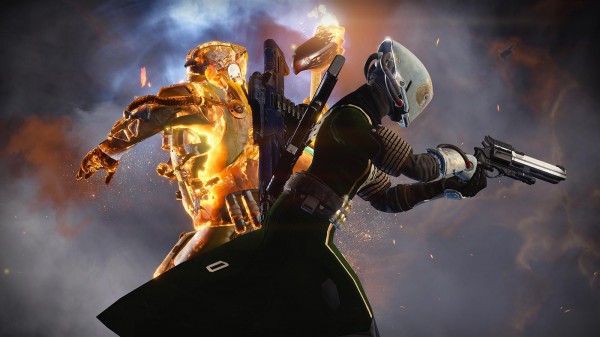 Now I need to emphasize, I got nothing against this guy at all.  He’s a hardworking dude in an all around tough situation, especially after the shit storm that erupted early yesterday morning.  But I am confused how Bungie, the company that damn near had a monopoly on matchmaking in its Halo series completely abandoned one of their hallmarks.  Like I said, in the message to Deej, it just doesn’t make any sense at all.  It was a message that has been burning a hole in my brain since the game’s launch.

Speaking of shit storms, lets get talkin about THAT interview.  You know what i’m talking about.  The now infamous interview by The Taken King’s Creative Director, Luke Smith.  Here’s an excerpt and the link to the original article.

Luke Smith: Is it also the final question on the emotes?

Eurogamer: I’m not going to mention them again. I can’t get them.

Luke Smith: But you can if you buy the Collector’s Edition.

Eurogamer: I’m not going to buy the game and the two DLCs all over again.

Luke Smith: Okay, but first I want to poke at you on this a little bit.

Eurogamer: Poke at me?

Luke Smith: You’re feeling anxious because you want this exclusive content but you don’t know yet how much you want it. The notion of spending this money is making you anxious, I can see it –

Eurogamer: I do want them. I would buy them –

Luke Smith: If I fired up a video right now and showed you the emotes you would throw money at the screen.

Eurogamer: What I’m saying is that fan frustration is not because they don’t understand the proposition. It comes regardless of how cool the exclusive content is. The frustration – and mine as a fan – is that the method of acquiring it requires me to re-buy content I bought a year ago.

Luke Smith: [Long pause] It’s about value. The player’s assessment of the value of the content.

It’s easy to see why people would be so pissed off at this and rage out.  These comments show contempt for your audience both old and new and sets a dangerous precedent if they are successful with this marketing plan.  If they get away with it, then you can bet your bottom dollar that many of the other large corporations will follow suit.

On the other side of the coin, it is possible that the answers were taken out of context, maybe not verbally but tonally and this immediate backlash is fueled by thousands of sensitive fanboys and fan-girls already stressed egos and perceived slights from the lack of content from vanilla Destiny.

Luke could have made those statements knowing full well that there is content specifically for veterans just around the corner.  However, after making those statements he is placed into an awkward and uncomfortable position of defending a topic the company is not quite ready to talk about just yet.

Enter Deej (again): Deej immediately stepped into the line of fire on the  Destiny Subreddit and attempted to cool down the inferno with this statement:

Hey, there. First day back from E3, so I’m catching up on a lot of conversation about The Taken King. Please know that we’re reading this feedback and taking it as seriously – as we always do. Destiny is a great game because we worked together to make it that way over the course of the past year. That partnership has not changed.

I understand that you want me to go on record right now with something that will address the disappointment that’s being expressed here. I’m going to differ to the Bungie Weekly Update, in which we’ll talk more about the things we’re doing to celebrate the year-one Guardians who helped us build this community. I’ll also revisit our goals in offering different versions of The Taken King. Ever heard the old adage about trying to please everyone?

More on this soon.

Good to be home!

Gotta give the guy some credit for stepping into the pack of dogs trying to tear each other apart.  Now we wait and see what they come up with next.