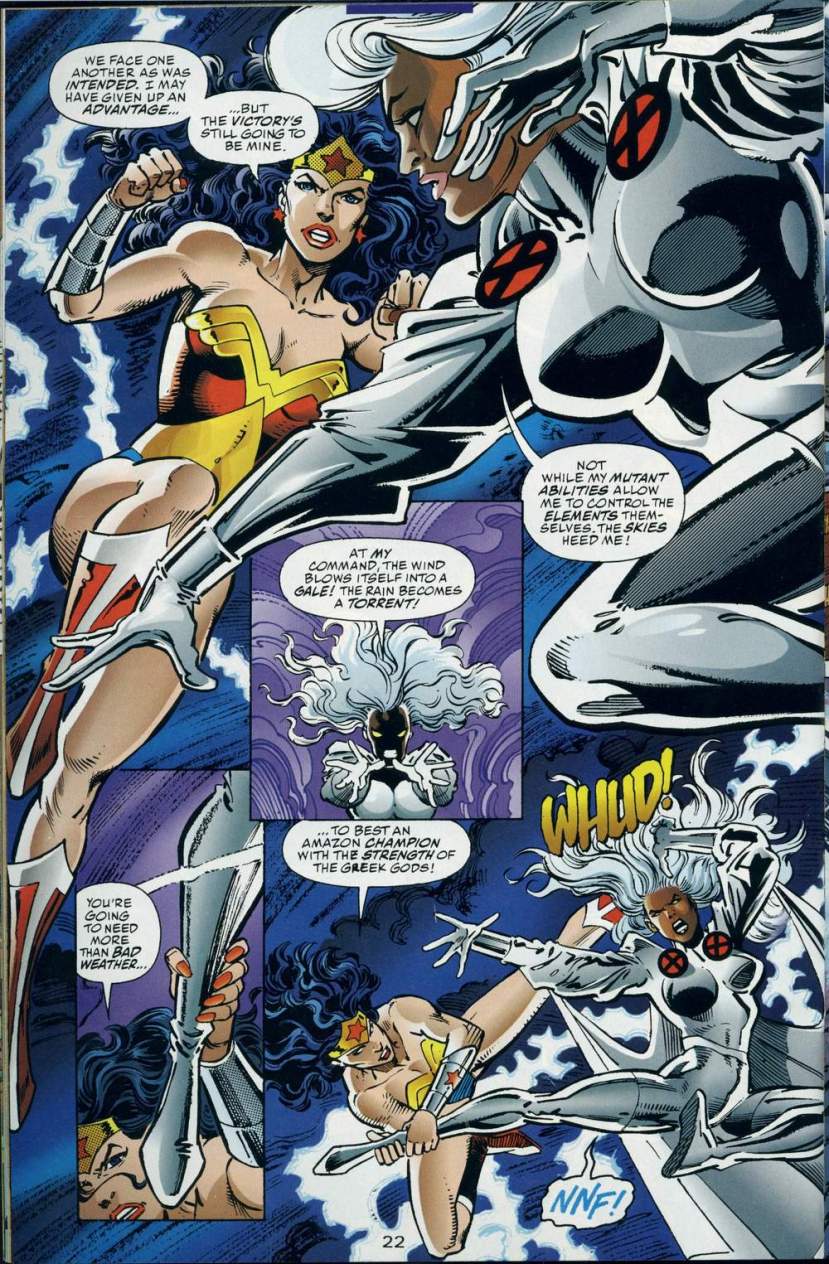 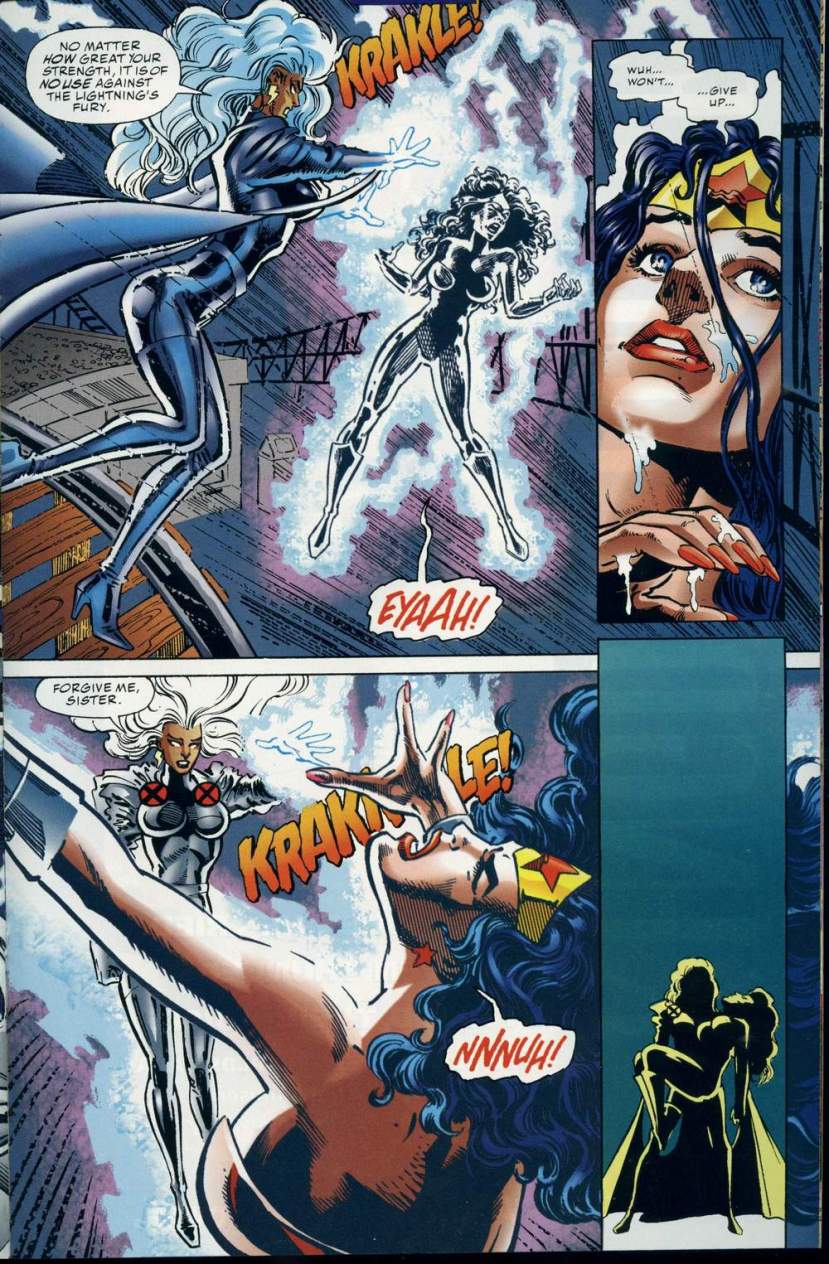 DC vs. Marvel Comics (issues #2–3 titled Marvel Comics vs. DC) was a comic book limited series crossover published by DC Comics (Detective Comics) and Marvel Comics from April to May 1996. The series was written by Ron Marz and Peter David, with art by Dan Jurgens and Claudio Castellini.

Two godly brothers who personify the DC and Marvel Universes become aware of the other’s existence, and challenge one another to a series of duels involving each universe’s respective superheroes. The losing universe would cease to exist. The story had an “out of universe” component in that, although there were eleven primary battles, five outcomes were determined by fan vote.

The six preliminary battles were:

There were five battles in which the outcomes were determined by the votes of fans:

Each side attained three victories in the preliminary battles and five battles were decided by fan vote, of which Marvel came out ahead with 3 wins to DC’s 2.

However, the storyline does not show one side as being victorious. As part of a last-ditch effort to save their worlds, the Spectre and the Living Tribunal were able to briefly force the “brothers” to resolve the situation by temporarily creating a new universe, called the Amalgam Universe, which is occupied by merged versions of many of the heroes (such as Dark Claw, a merging of the characters Batman and Wolverine).

An inter-dimensional character called Access eventually managed to restore the universes to their normal state with the aid of Batman and Captain America. The presence of the two heroes (essentially serving as the brothers in miniature, each being unique among their peers) forced the brothers to recognize how petty their disagreement truly was.