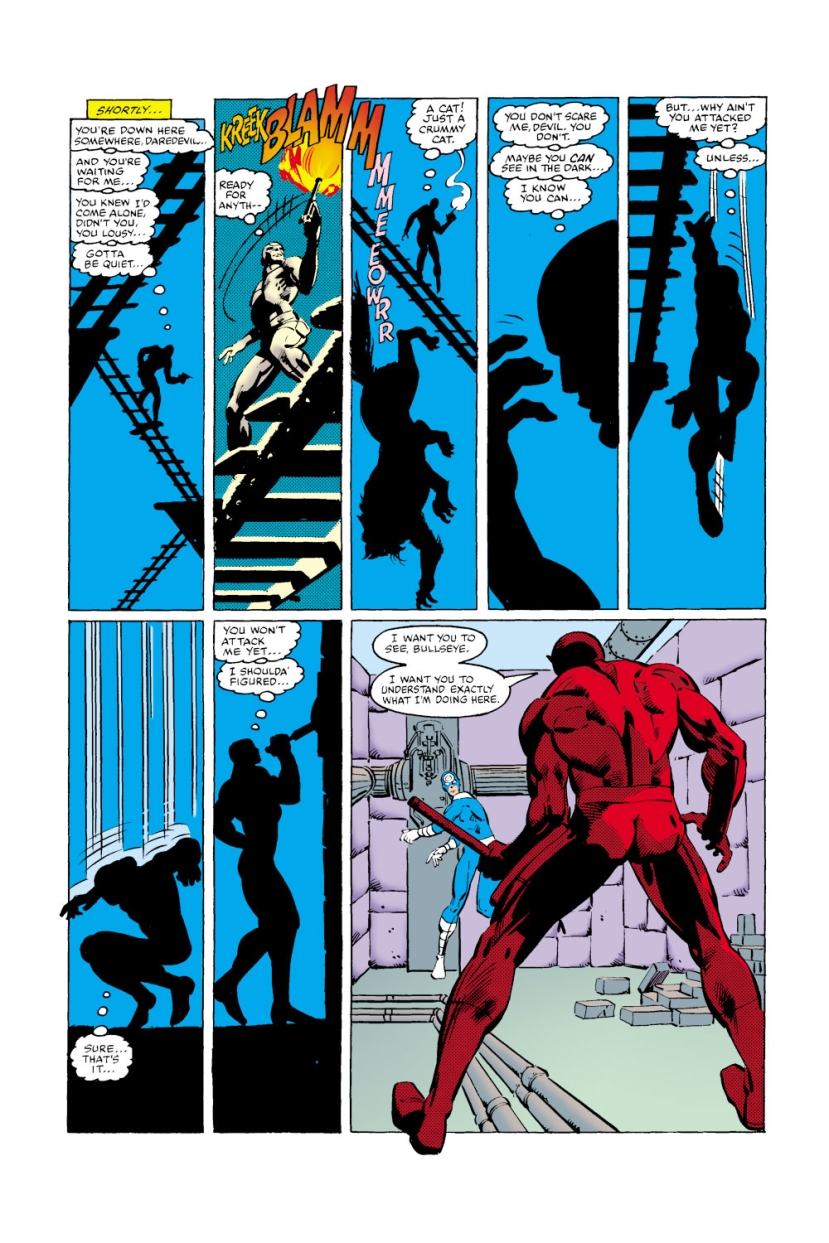 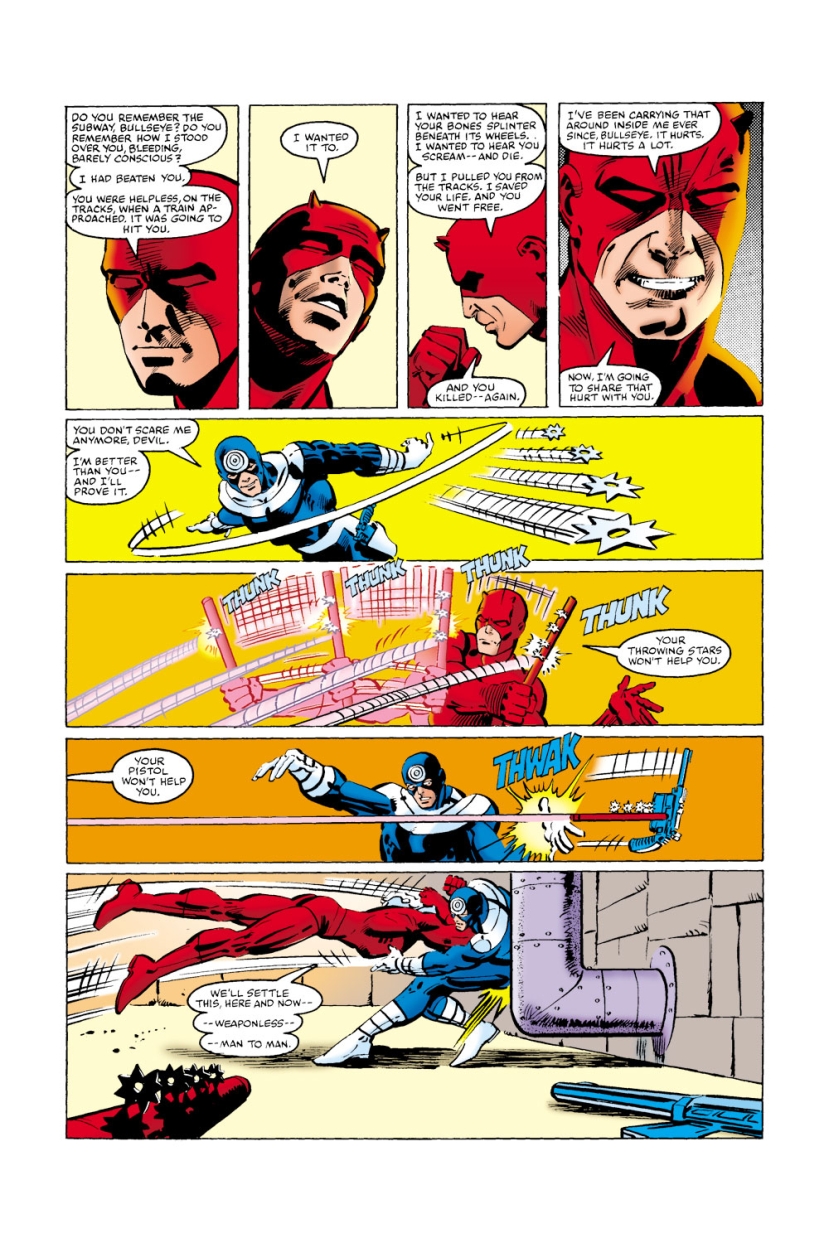 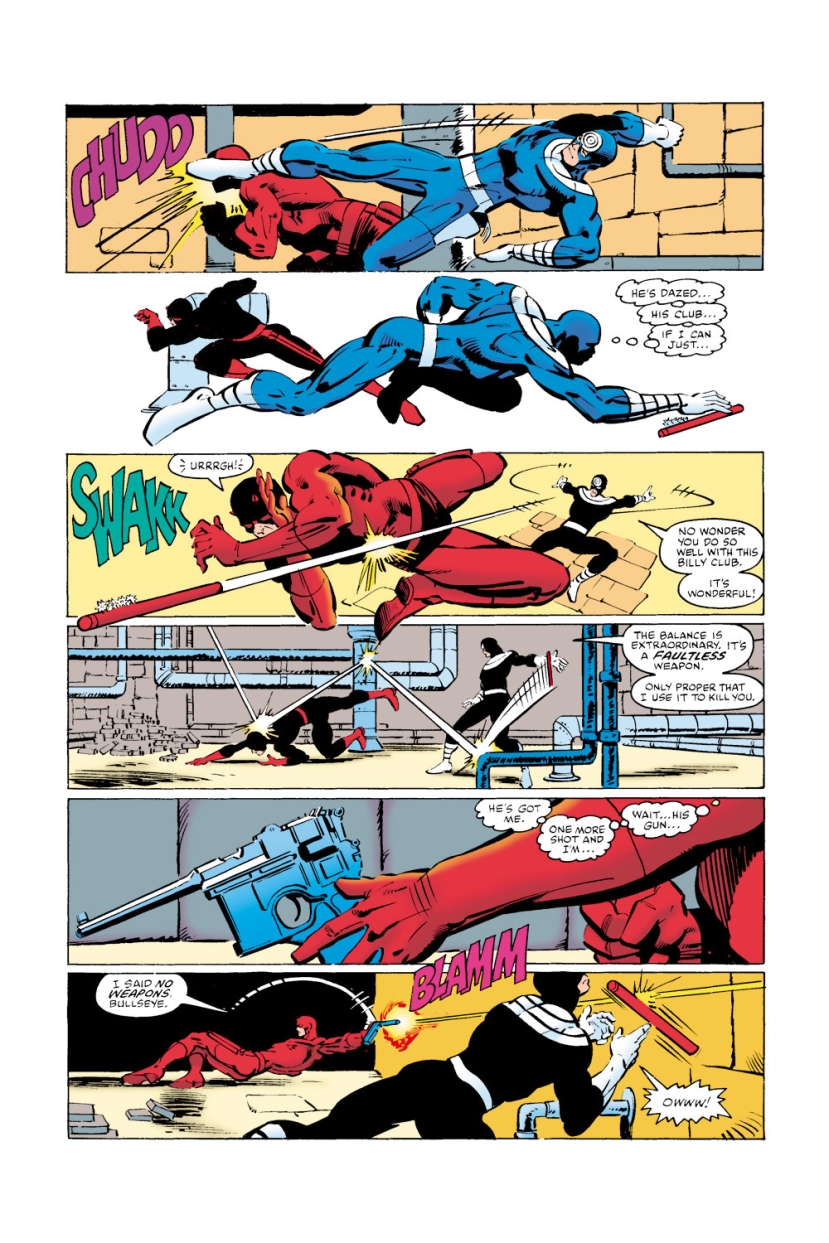 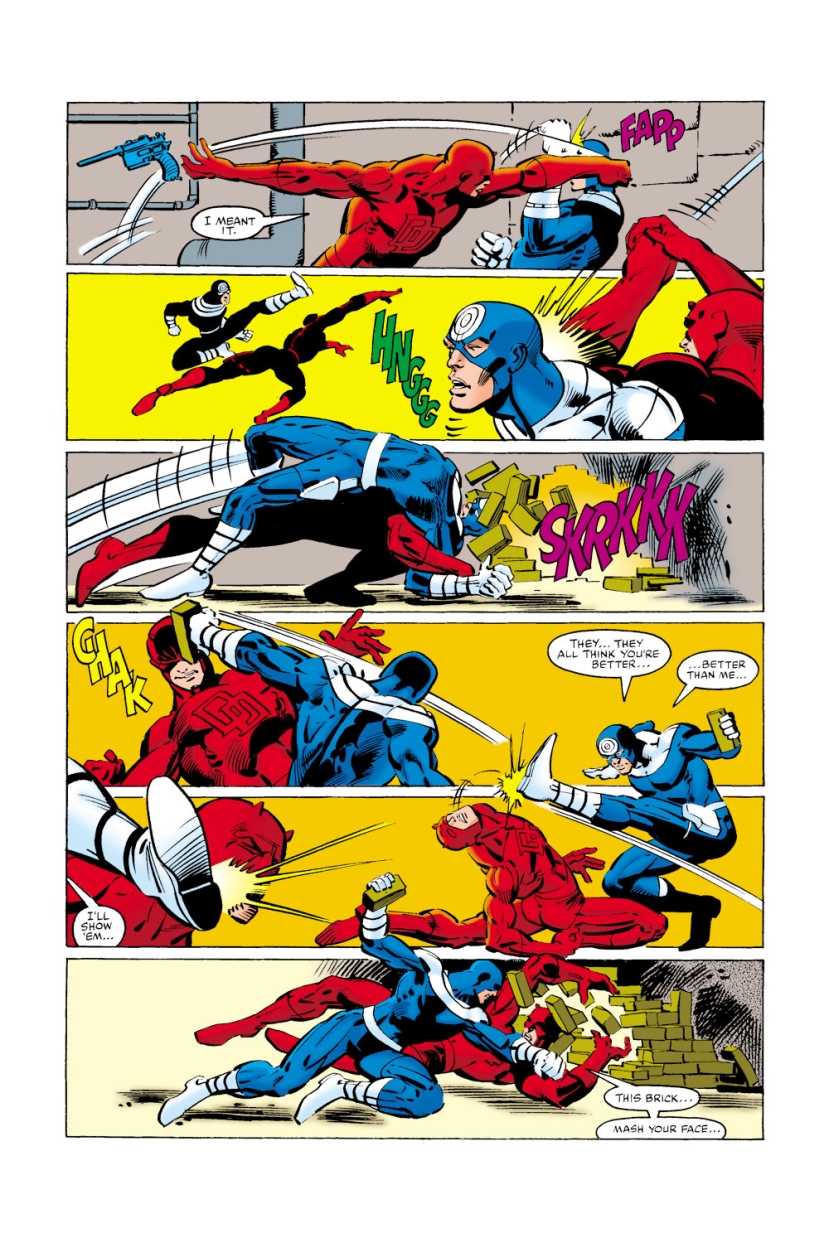 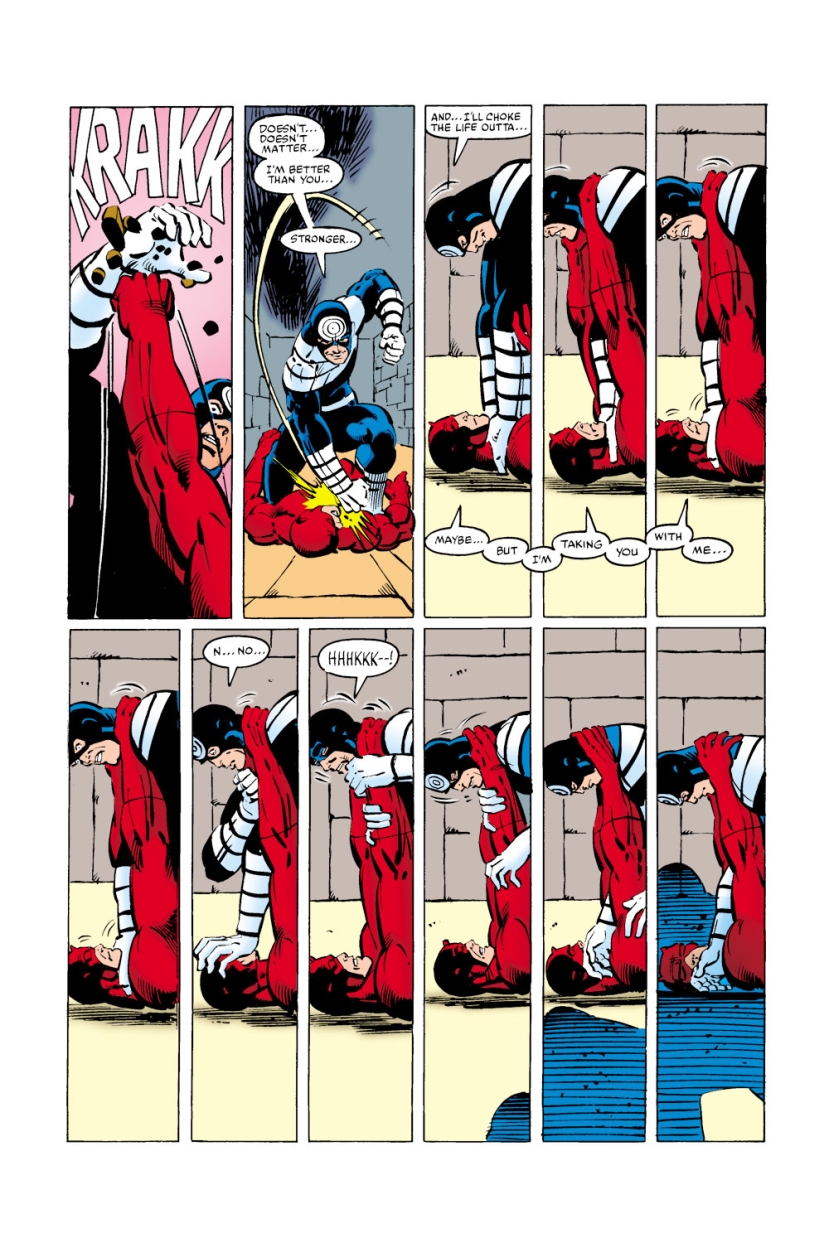 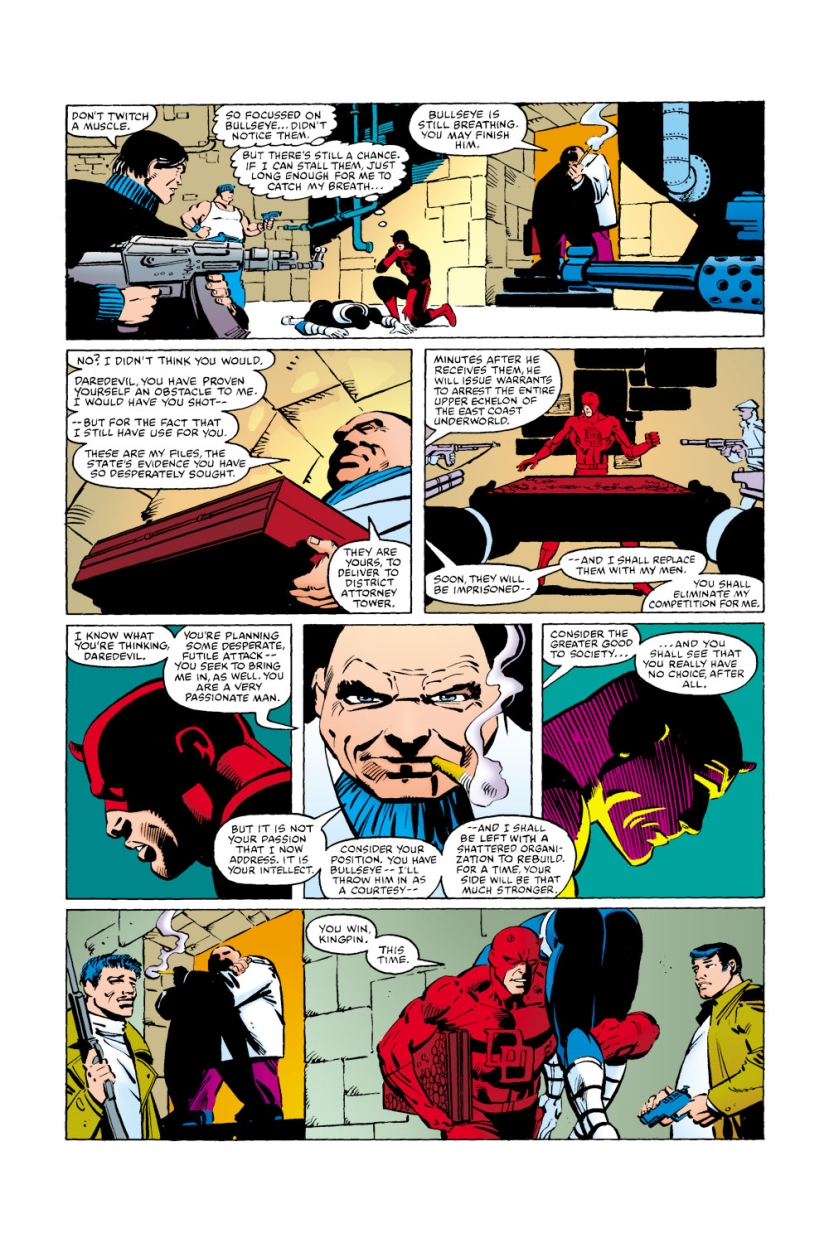 Thinking his wife is dead, Kingpin takes control of the mob and hires Bullseye as his assassin; Daredevil comes calling and takes Bullseye down but leaves the Kingpin in power to rebuild his organization.

Tagged as: bullseye, daredevil, kingpin, VS