20th Century Fox released not one but two Deadpool trailers for Christmas. Both were loaded with new footage, such as our first look at Negasonic Teenage Warhead (played by Brianna Hildebrand) using her mutant powers. In the comics, Negasonic Teenage Warhead’s power set was purely psychic, but for her feature film debut filmmaker Tim Miller gave her new abilities that are more fitting of her unusual name. 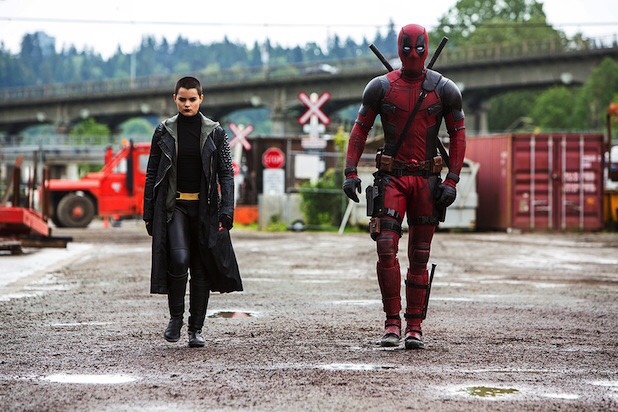 “Her power, I mean, we chose her because we wanted a trainee for Colossus in the film and the writers and I just fell in love with her name,” Miller told Empire. “It’s just so out there and so Deadpool and it was Grant Morrison who named her, so we knew we had to get her in there. And then we thought, well, we’re going to need to make her powers fit with who she feels like she is in the movie and so to me it’s just like other characters in the Marvel universe, like Nitro, for instance, whose power is to just explode parts of their body. But we did try to do it so that it wasn’t just a simple, ‘oh, I can explode’, she can transfer the force of the explosion down so she can move upwards – she can put it into a punch if she wanted to. So it was really just her fist exploding as she hit somebody. we tried to mix it up, even though we didn’t use that particular thing in the movie, but it was the idea. Actually, we did use it in the movie, it’s just not in the movie now!”

Miller then describes Negasonic Teenage Warhead’s personality and her relationship with the Merc with a Mouth. “I think Deadpool wishes she’d keep her mouth shut more than she does in the film! Because she’s quite snarky,” he explained. “But, you know, her whole attitude is this disaffected teen who thinks Deadpool’s just a douchebag. And so that’s her whole attitude. She’s really not that silent in the film or at least she’s silently surly because she just can’t be bothered to engage with this a**hole. That’s the basics of her personality: silently shaming, judgemental personality.”