Galactus has a conversation with Death. 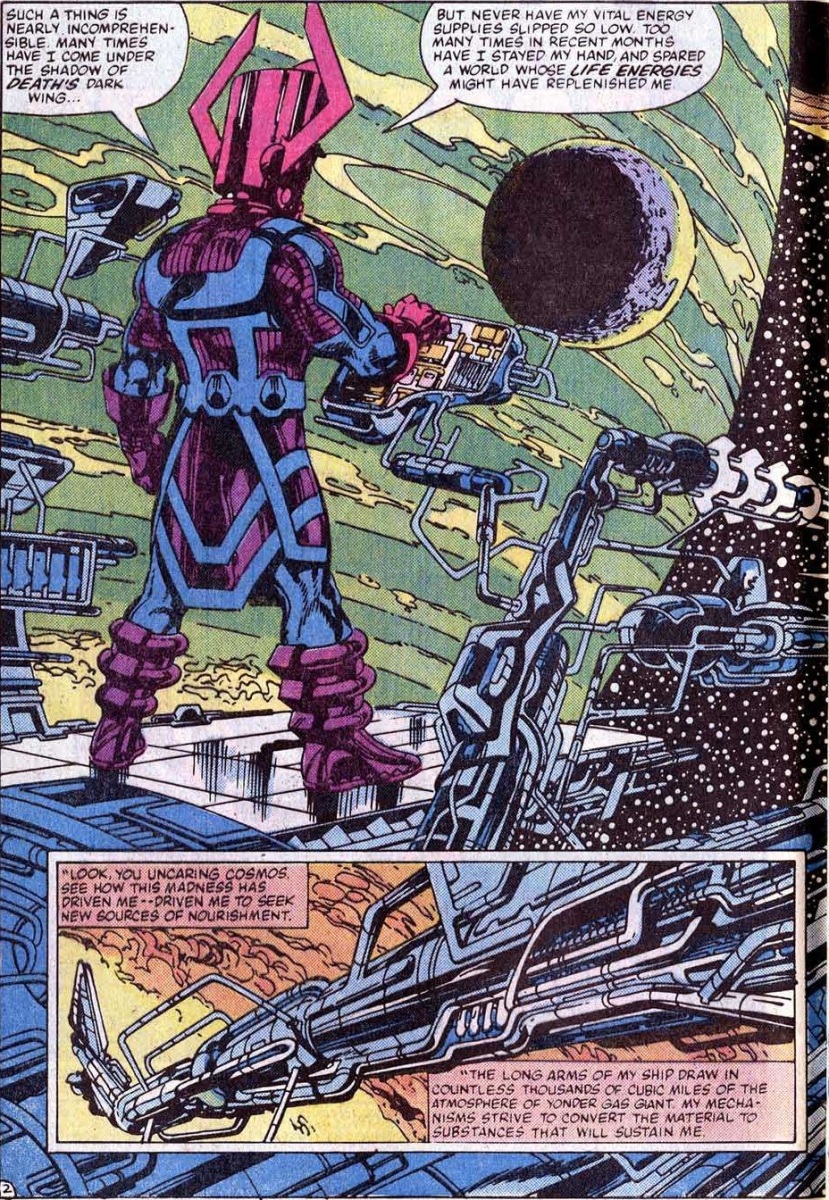 Galactus has come to wonder if he is dying now as he stands before the Skrull throneworld. Once again he finds himself caught in the moral conundrum of consuming a world teeming with life in order to prologue his own existence. Retreating to the interior of his vessel he continues to ponder this as he continues to grow weaker. Suddenly, Galactus is visited by the embodiment of Death, who reminds him that he has a purpose in the universe to serve and that his time has not yet come. Death tells him not to shirk that great duty before disappearing once again.