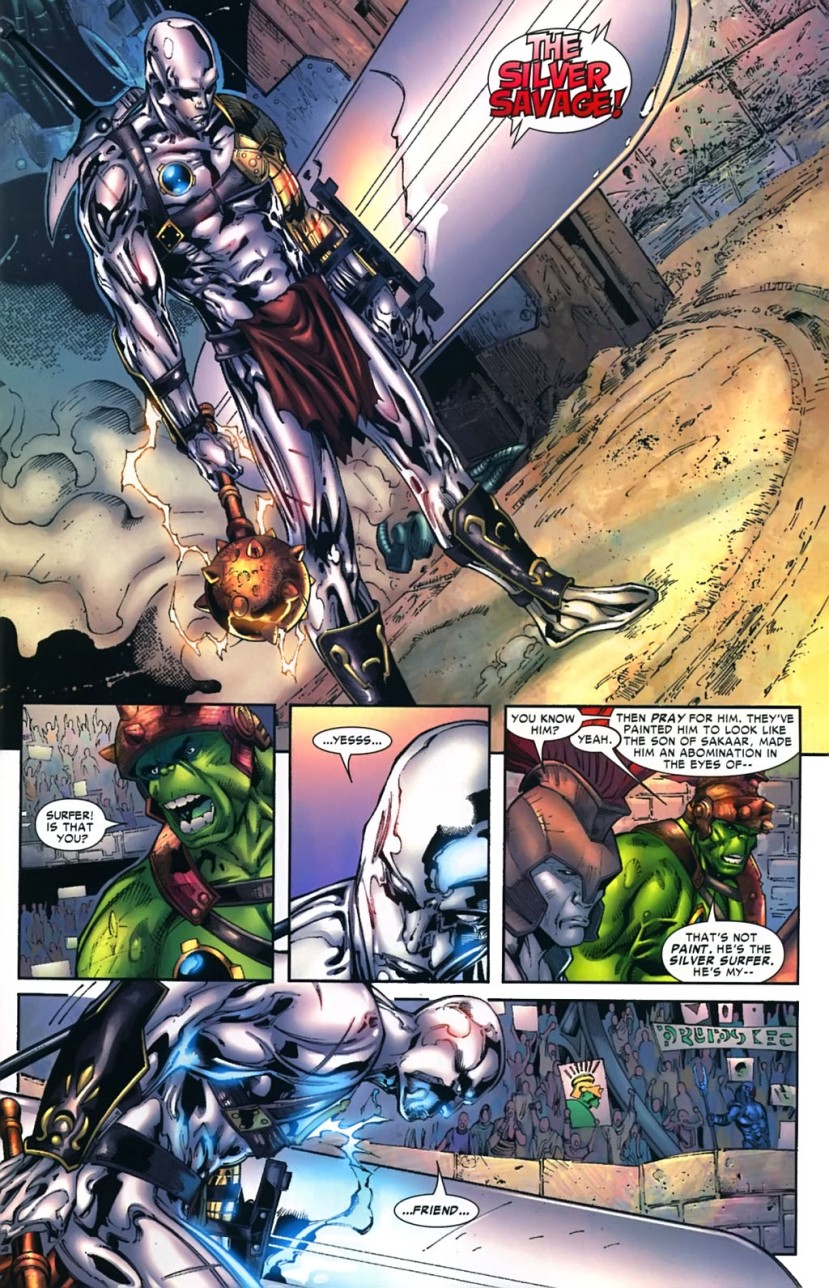 Bruce Banner has long seen his alter ego, The Incredible Hulk, as a threat to innocent life.  So when he saw the chance to use the Hulk’s strength for good, Banner accepted a mission from S.H.I.E.L.D. to destroy a rogue ssatellite.  But when the mission was complete, a group of Marvel heroes including Reed Richards, Iron Man, Dr. Strange and Black Bolt exiled Hulk from the Earth, intending to send his shuttle toward and idyllic, uninhabited planet where he would pose no threat to himself or others.

Instead, the shuttle flew off course, passing through a wormhole that deposited Hulk onto the savage planet of Sakaar.  Weakened by his trip through the portal, Hulk was sold into slavery and sent to the Great Arena to die in gladiatorial battle.

Shortly after, a group of rebels tried to free Hulk, offering him the chance to fight against the Empire.  He rejected the offer uninterested in being the  rebels pawn.  But Elloe, a warior whose father was killed during gladiator training, accepts the rebels’ offer only to be taken into custody by Death’s Head Warguards.

In the Great Arena, Hulk and his team learned that if they survived three rounds of combat, they would win their freedom.  But the Emperor broke the rules, attacking the gladiators with a Deathfire bomb and a platoon of Death’s Heads.  Hulks crew survived, except for Lavin Skee who was killed in the fray.  That night, the surviving members of the crew spoke their true names and took an oath – they are now Warbound to each other, no matter what may come.

And what’s coming is the Silver Savage…