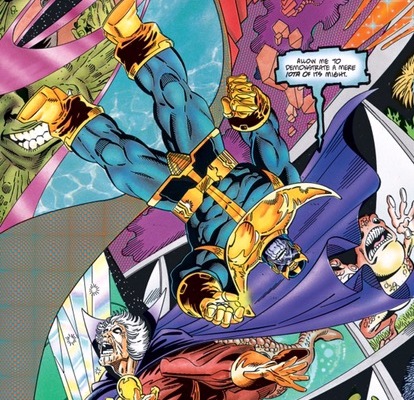 Thanos takes the Reality Stone from The Collector. (Thanos Quest)

The Thanos Quest is a two-issue comic book limited series published in September and October 1990 by Marvel Comics. The series was written by Jim Starlin, and drawn by Ron Lim.

Recently resurrected by Death in order to wipe out half of the population of the universe, the Titan Thanos discovers the true nature of the six Infinity Gems after gazing into Death’s Infinity Well. Convincing Death that possession of the gems will aid him tremendously in his quest, he gains her permission to seek them out from the cosmic entities that currently possess them. 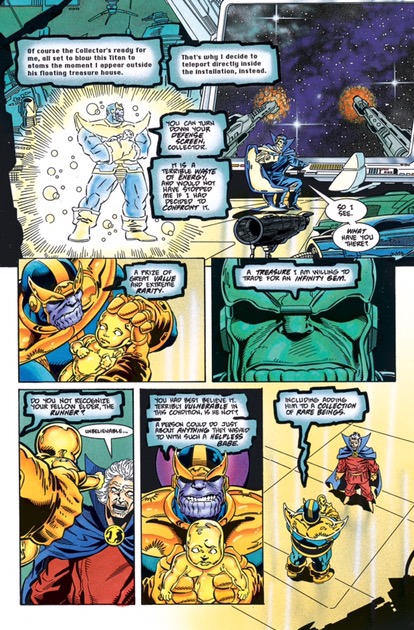 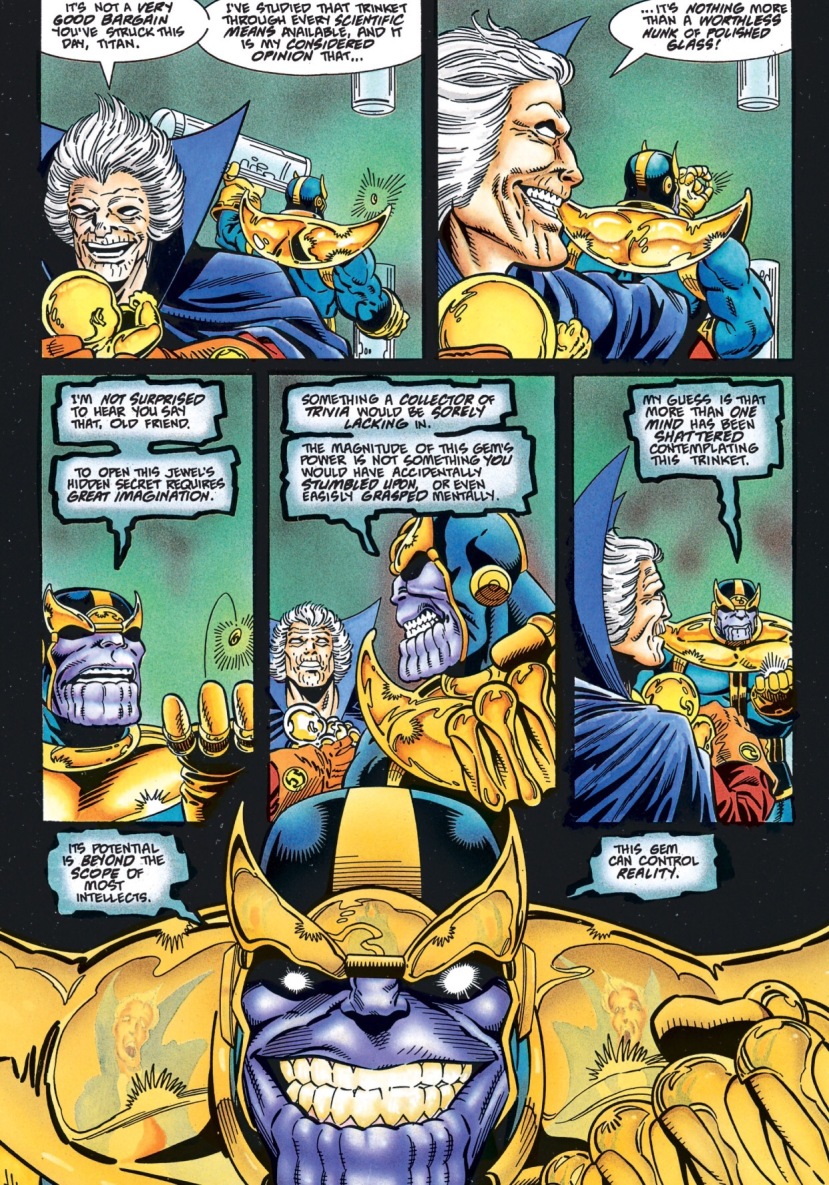 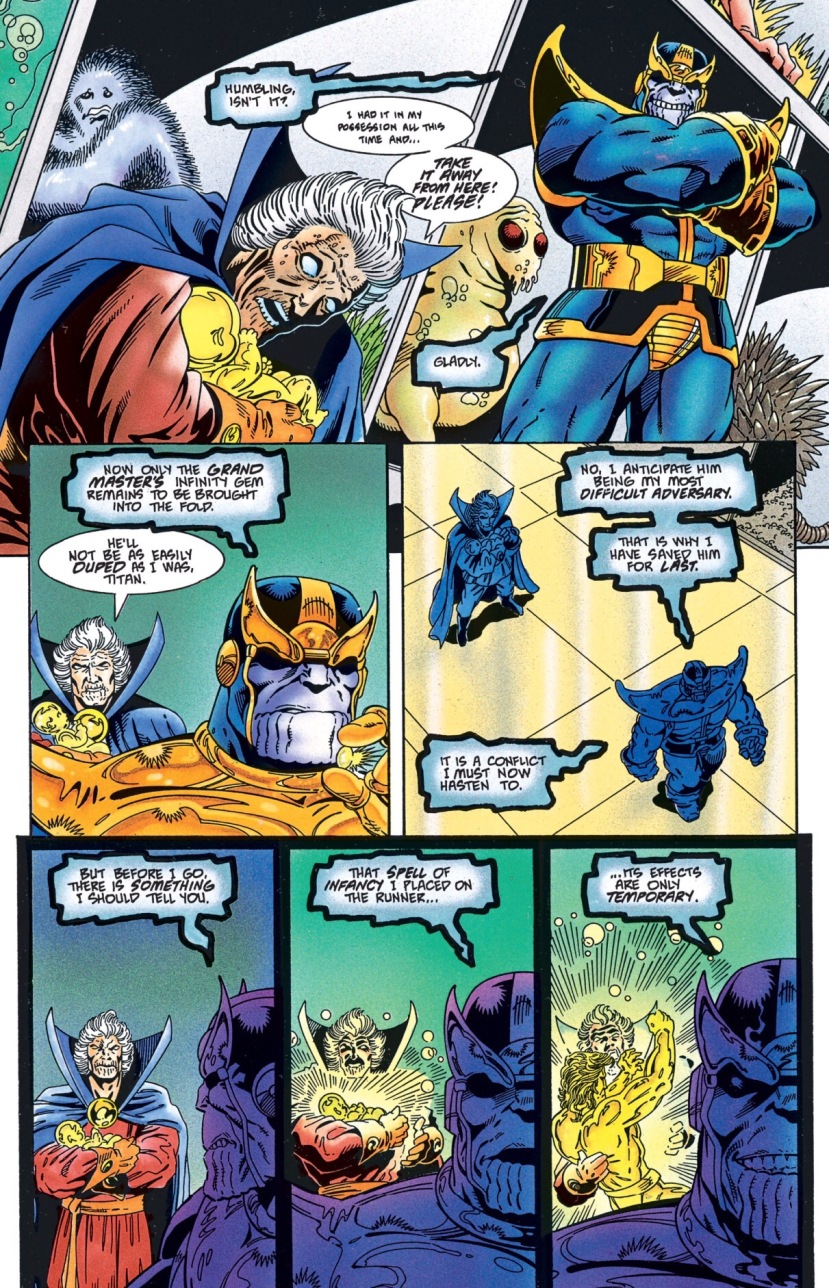 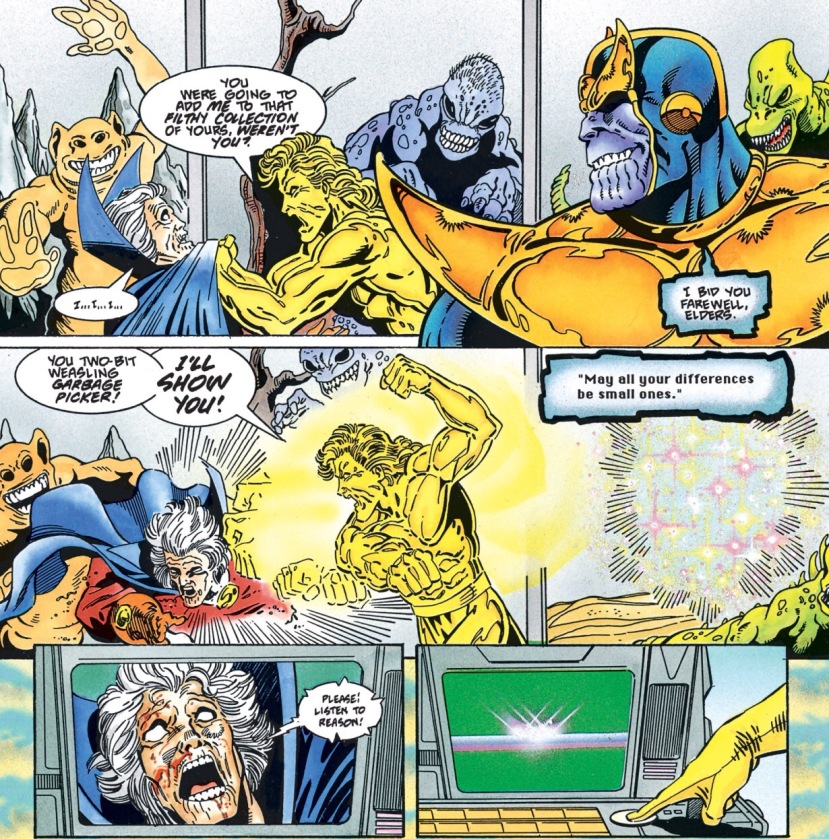