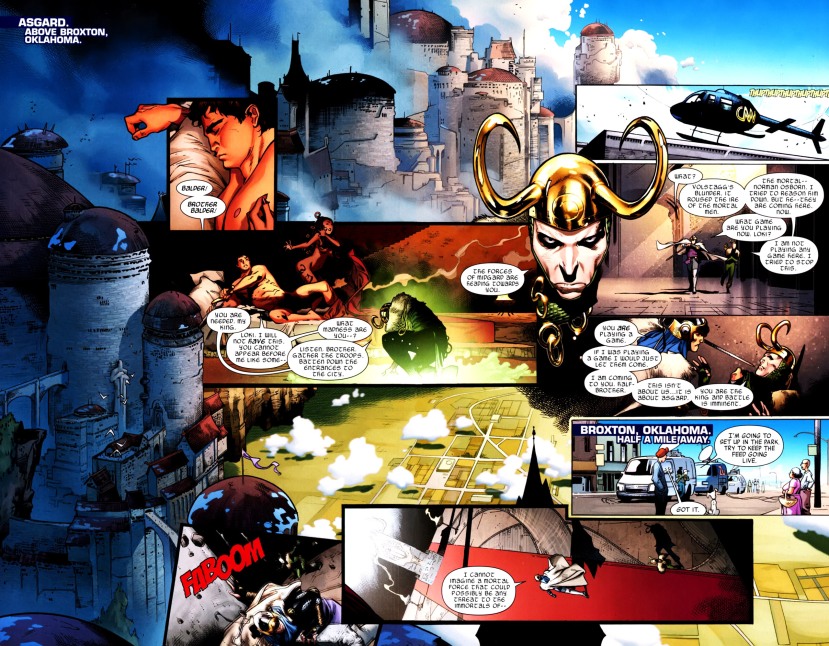 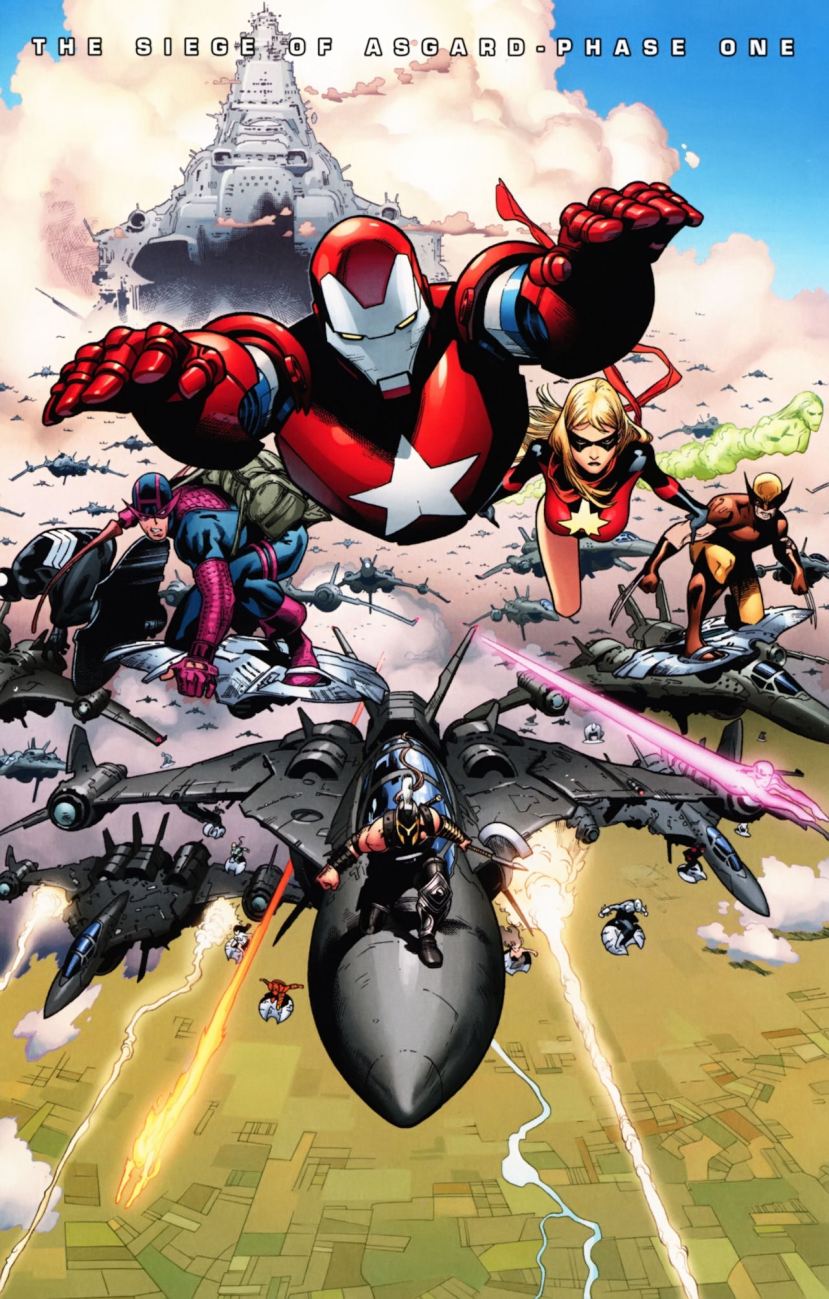 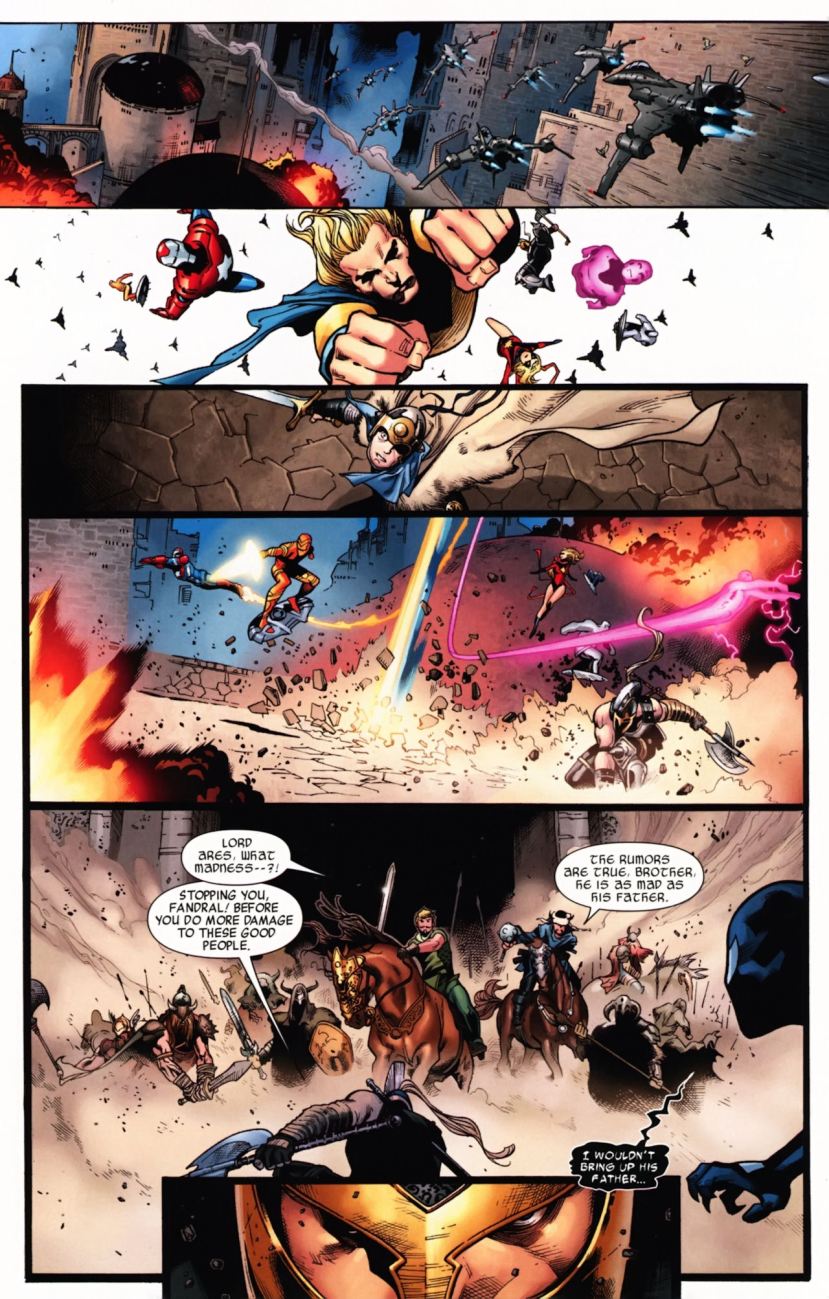 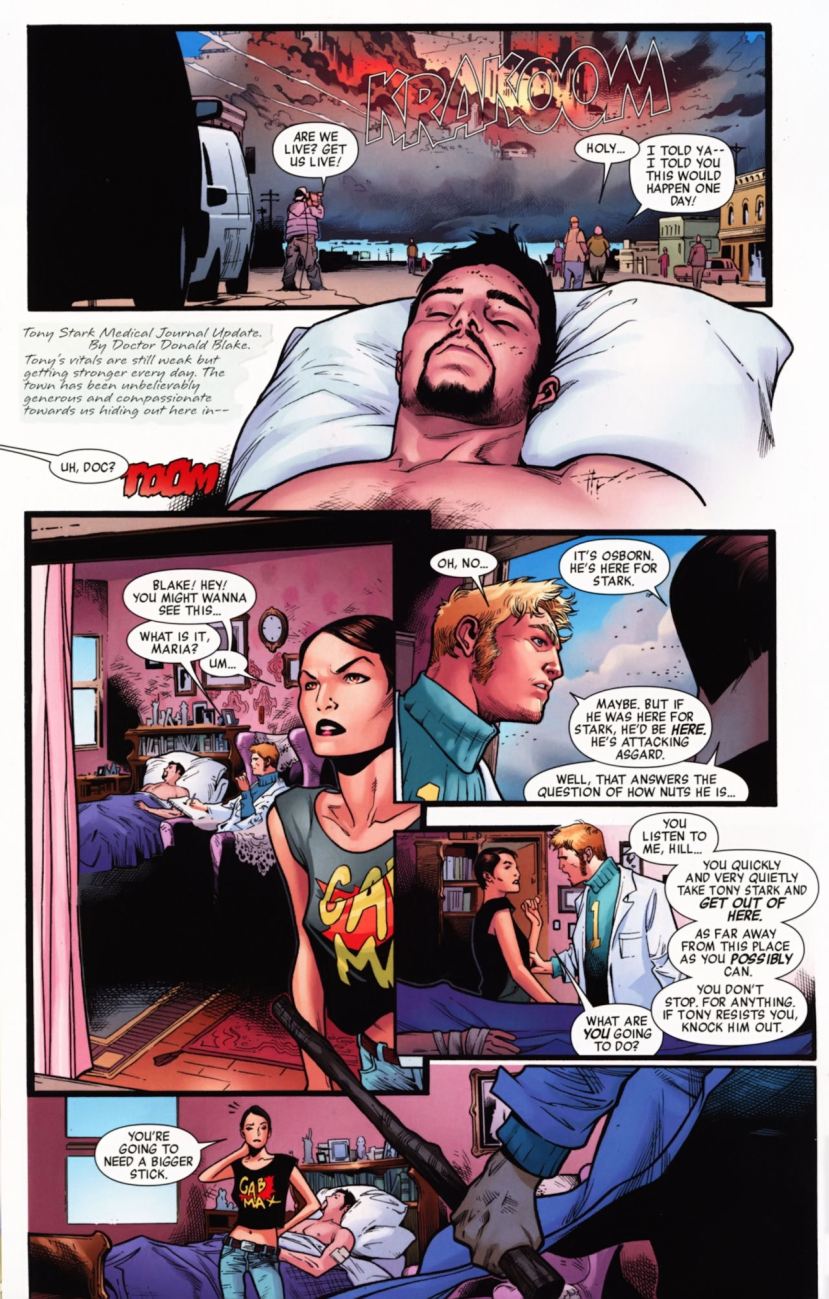 Following the events of the Skrull Secret Invasion, Norman Osborn scored the killshot on the Skrull Queen.  That shot was broadcast around the world and Osborn became the new political and media darling and the director of H.A.M.M.E.R., the national peacekeeping task-force which includes his own team of Dark Avengers.

Norman has unveiled his new identity… The Iron Patriot, and has made bold moves across the United States to remake the country’s status quo into his image of justice and fairness- an image that does not include mutant, monster or vigilante.

The Mighty Thor, God of Thunder, has recently returned to Earth and brought the golden city of Asgard and all the gods who call it home with him.  Asgard floats just feet above the fields of Broxton, Oklahoma.

Norman has partnered with Thor’s brother Loki in a plan to overthrow Asgard, but no one knows just how fragile Norman’s damaged psyche is…