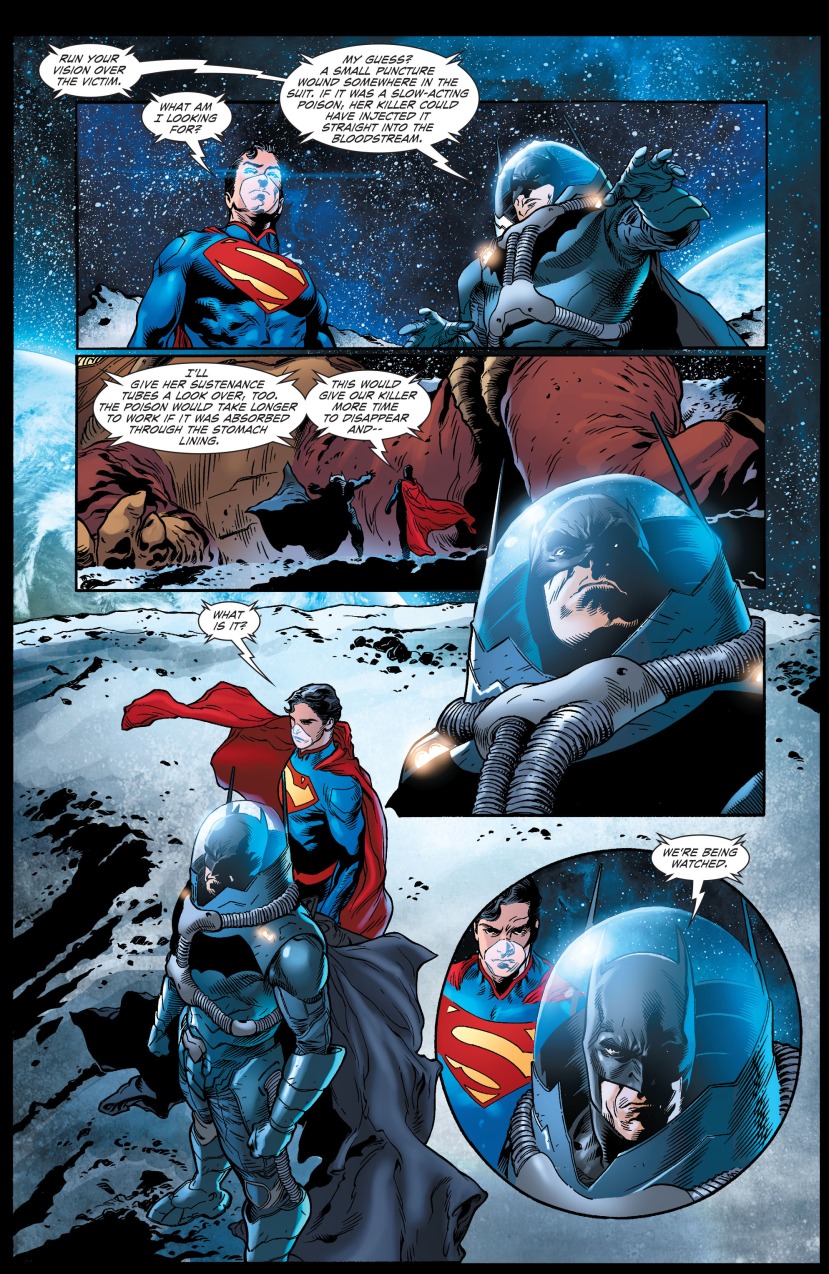 While investigate the strange appearance of a giant space explorer who crashed on the moon, Bruce somehow notices a minuscule spy drone watching them.  Notice that he ‘feels’ its presence through the vacuum of space and beyond his space suit before he actually sees it.

From Batman: The Chalice 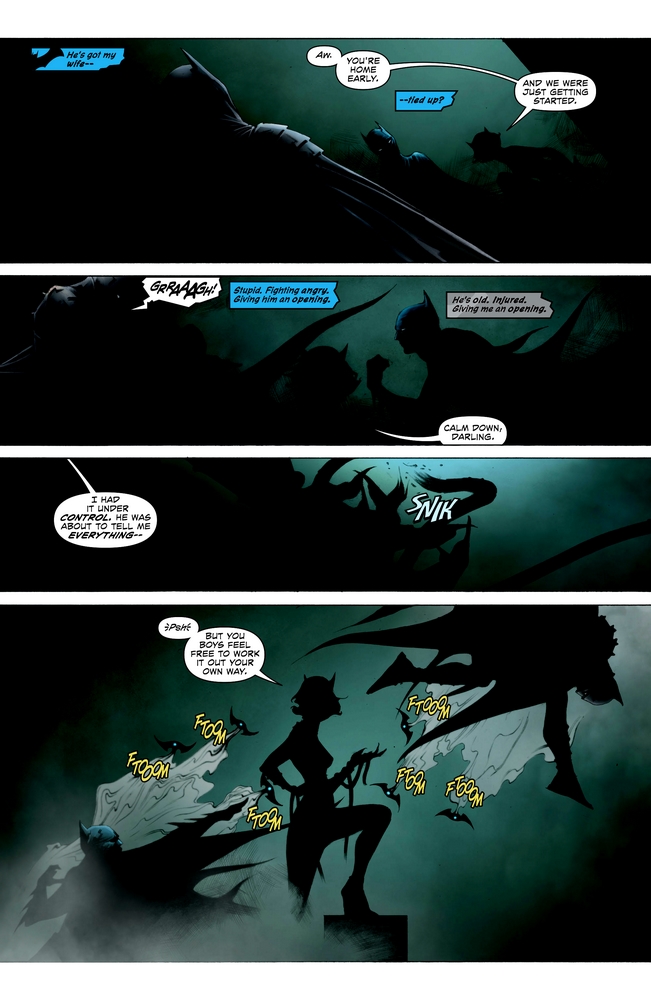