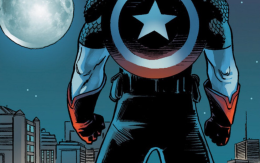 REVIEW Jessica Jones S1E5: AKA The Sandwich Saved Me

In an episode full of flashbacks, we see Jessica as an office drone, using her exceptional detectives to deduce that her middle management boss embezzling funds to wear suits and take “vacations” far above his pay grade.  And in a scene that would have made Peter Gibbons proud (if you haven’t seen Office Space… 1. Shame on you, and 2. Go watch it as soon as you finish reading this review) quits her job and join Trish for drinks and a life planning session.

Jessica and Trish team up to try and capture Killgrave using the Sufentanil that she stole from the hospital earlier and Simpson as the triggerman.  The fact that they were so close to capturing him will have anyone on the edge of their seat gritting their teeth when Killgraves personal security team shows up to stop the kidnapping.  It’s almost heartbreaking really but we still have 8 episodes to go.

We see later in the episode that Trish (who has been getting some sack time with Simpson) tries to get Jessica to wear her costume from the comics when Jessica operated as her “Jewel” persona.  It wouldn’t make too much sense to put her in the costume considering the tone of the show, Jessica gives the perfect sarcastic response, “if I wear that thing, you’ll have to call me Camel Toe.” “If I wear that thing, you’ll have to call me Camel Toe.”

Killgrave still remains a diabolical villain, evil to the core and almost flippant in his disregard for human life.  I’m surprised and a little disappointed in myself for not putting David Tennant on my radar a lot sooner, but I am convinced after this episode that he was the perfect choice for the Purple Man.  He’s got that perfect mix of style and confidence without an overbearing sense of bravado and it is just painful to have watched Jessica be forced to take smiling selfies and send them to Kilgrave in order to placate his sick obsession over her.  Ugh.  I need a shower.

As usual see my other reviews for Jessica Jones here: